« Back to Vacations
My Saved Vacations (0) 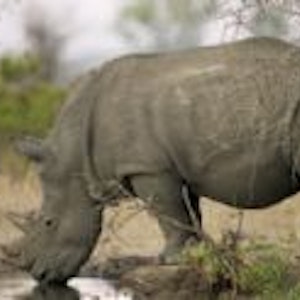 One of Africa's many magics takes place where nature at its most vivid and eloquent meets one of humanity's highest arts: soothing, beautiful, joyfully expressive luxury. We tend to think of the two as unrelated, but they aren't, as From Cape to Delta so enjoyably proves. We look up to gorgeous Table Mountain from the exquisite One&Only Cape Town, and wander in lovely little towns and vineyards backdropped by regal mountains in the Winelands. And we're inspired by untroubled, unfiltered nature in the storied Okavango Delta while we laze productively at Selinda, one of Africa's finest luxury-encounters-wilderness camps.

DAYS 2 TO 5 Jazzy Cape Town and its gorgeous environs

Our days in Cape Town will be eventful, another reason to savour our hotel, the Travel+Leisure multi-award-winning One&Only Cape Town on the Victoria & Alfred Waterfront. Other reasons: One&Only’s renowned spa—to which you’re invited as Micato’s guest; its extraordinarily attractive interior design; its dedication to graceful hospitality; and the One&Only’s location on the highspirited waterfront, complete with bang-up views of Table Bay, Devil’s Peak, Signal Hill, Lion’s Head, and of course Table Mountain, which may be, as David Livingstone saw it in 1841, draped “with its beautiful table cloth of fleecy clouds.”

On our first day we’ll pay a visit to Rosie’s Kitchen in Khayelitsha Township for a close look (and, if we’d like, the loan of our helping hands) as Rosie helps feed—as she has for the last couple of decades—the township’s destitute kids and elders. We’ll meet Golden, a beloved artisan who enlists kids to collect discarded tin cans, from which he creates stunning, keepsake “flowers.” And, of course, we’ll take the cable car to the top of Table Mountain, which, we’re told, is six times older than the Himalaya and so strikingly flat because it was overlaid long ago by an ice sheet (that the iconic peak is gorgeous and fascinating we don’t have to be told).

We’ll dine tonight in the home of Micato’s Capetonian friends and hosts, great purveyors of welcome and lore. We’ll take a full-day tour of the Cape Peninsula, including a trip on the Flying Dutchman Funicular to the tip of dramatic Cape Point, where we’ll look out at the great waters of the Atlantic tussling with the equally insistent waters of the Indian Ocean. We’ll visit Cape penguins in their daily rounds, ramble in Victorian-flavoured Simon’s Town, and at dinner tonight we’ll be treated to thrilling South African interactive drumming, which must be seen and heard to be believed, and which will make true, bedazzled believers of us. And we’ll revel in a full day ramble in the Cape Winelands, visiting wineries like third-generation Fairview and the four generation Kanonkop Wine Estate, visiting shiny little Dutch-heritage towns like Stellenbosch and Franschhoek and lazily lunching at the toweringly regarded Delaire Graff Estate restaurant.

A morning flight takes us to one of the jewels in Sir Richard Branson’s brightly plumed African crown: the Ulusaba Private Game Reserve, adjacent to Kruger National Park. Our domicile will be one of two (it almost goes without saying) luxury lodges: the treehouse-style Safari Lodge or the viewful Rock Lodge, both imaginatively integrated into their beautiful settings; Safari Lodge is set in lush forest beside a river bed often occupied by gigantically gamboling hippos, and Rock Lodge is perched on a handsome kopje, looking out at game-rich plains.

The Big Five and their equally fetching fellow fauna are in abundance in Ulusaba and Kruger, and our game-drives (between luxuriating in the lodges’ wealth of amenities and exceptionally fine dining) are some of Southern Africa’s most enthralling.

After a morning game drive, we’ll fly by charter aircraft to Johannesburg, arriving in the early afternoon. Our stored bags await us in the Saxon Hotel, Villas and Spa, a halcyon retreat where Nelson Mandela finished writing his autobiography, Long Walk to Freedom.

DAYS 9 TO 11 The miraculous waterworld of the Okavango Delta

It’s hard to be more enthusiastic about the “vast, mesmerizing oasis” of the Okavango Delta. Suffice to say—until you experience it—that the Delta is in the topmost rank of world wonders (and more sweetly accommodating than most). We fly from Joburg to Maun, Botswana and then into the Delta for three nights based from Selinda Camp, the very model of everything a lovely, smartly designed, nature-graced Southern, or East, or Anywhere in Africa luxury safari camp should be. As one visitor wrote, “Every place you visit after Selinda will seem a disappointment.” And thus we end From Cape to Delta on a pure and thrilling high note: exploring the incredibly lush Delta by watercraft, 4-wheel drive vehicles, and on walks with Selinda’s cadre of enthusiast-guides, relaxing and recreating in the small (18-guest), superbly designed camp, enjoying its pool, grand views, and exceptionally great food.

DAYS 12 & 13 Back to Johannesburg for homeward flights

After a last foray into the Delta and a brunch at Selinda, we fly by charter to Maun, and on to a day room in the InterContinental at Johannesburg’s airport, where we’ll rest and refresh before flying home.

1. Accommodations
First-class hotel accommodations based on twin-bedded rooms with private
bath or showers—the categories assigned to hotels reflect the opinion of
Micato Safaris.

2. Meals
Three meals daily per the itinerary, based on evening arrivals on Day 2.

3. Air Transportation
Your travel agent should arrange international flights or Micato can refer you to
its preferred purveyor of air tickets. Internal African flights on safari must be
purchased through Micato.

4. Luggage
Tour rates include the transport and handling of two pieces of luggage per per-
son per airline regulations. Guests are urged, however, to travel with only one
medium-size suitcase. On certain flights within Africa, strict luggage restrictions
apply; details are provided in tour documentation. Luggage and personal effects
are at owner's risk throughout the tour.

~ Please Note: If a minimum number of travellers is not reached, Micato
may provide local guides in each location in place of a Micato tour or
safari director. Extensions are locally guided. ~

All pricing and offers for accommodations and other non-air travel are per person, based on double occupancy, capacity controlled and subject to availability and change without notice. Pricing does not include taxes, fees, fuel surcharges, gratuities, resort fees, or airfare unless otherwise noted and is valid on new bookings only.

When traveling outside the United States a valid passport is required. It is the sole responsibility of the passenger to have the proper documentation and identification required by the United States and other governments at the time of travel. When passports are required, it must be valid for a minimum of six months past your date of return.

Under certain circumstances the package price may be subject to supplemental price increases imposed by the supplier. Price increases include, but are not limited to fuel surcharges, taxes or fluctuations in foreign exchange markets that may be imposed after the date of purchase.

Air-inclusive prices do not include government imposed taxes and fees, including but not limited to a September 11th Security Fee, U.S. or international government imposed taxes and fees, Federal Excise Fees, among others. Some carriers charge additional fees for checked bags, fuel surchage, meals, etc. Please check the carriers website for details. Air-inclusive pricing is based on select departure cities. Prices from other cities may vary.

AAA Northampton County acts solely as a sales agent for travel suppliers and is not responsible for the actions or inactions of such suppliers. We monitor all of the information presented on our website; however, we do not assume responsibility for any errors or omissions in the content of the offers displayed. Review full Travel Disclosure and Consent at time of booking.

Thank You for Contacting AAA Travel!

Fields highlighted in red are required.
Sending Your Quote....

Airfare, taxes, surcharges, gratuities, transfers, port charges and excursions are additional unless otherwise indicated. Fuel surcharges, government taxes, other surcharges, deposit, payment and cancellation terms/conditions are subject to change without notice. Baggage fees are not included in your trip cost, you should re-verify with the airline directly or on their website prior to your departure for current details on allowable luggage pieces, fees, size and weight limitations since they vary from airline to airline. See link to research baggage fees and information: http://www.iflybags.com. Rates quoted are per person, land only, based on adult double occupancy unless otherwise stated. Discounts, products, vendors, rates, terms, conditions, availability and itinerary are subject to change without notice. Cruise rates are capacity controlled. Certain restrictions may apply. AAA members must make advance reservations through AAA Travel to obtain Member Benefits and savings. Member Benefits may vary based on departure date. Be advised that any and all costs associated with air reservations made outside of these packages will not be refunded by AAA or the tour operator in the event of an unforeseen change and/or cancellation by you and/or the tour operator. Not responsible for errors or omissions. Rates are accurate at the time of printing and are subject to availability and change. AAA Northampton County acts only as an agent for the various tour and/or cruise providers listed and is not responsible for the actions or inactions of such providers. AAA Vacations® Best Price Guarantee and 24/7 Member Care are applicable to AAA members only. If you book a qualifying AAA Vacations® cruise or tour package and find a valid better rate for the exact itinerary within 24 hours of your booking, AAA will match the lower rate and send you a $50 AAA Vacations® future travel credit certificate. Certain restrictions apply. Visit AAA.com/AAAVacations for full details. Travel outside the USA may require passports and/or visas.

Get In Touch Now

Thank You for Contacting
AAA Travel!

Just tell us a little about yourself and one of our agents will be happy to assist you with planning and pricing.

Fields highlighted in red are required.
Sending Your Request....